Beppi Zancan was born in Turin on February 14, 1936, from a family of Venetian origin made up of lawyers, doctors and university lecturers.
During the war, he repaired with his family in the villa of Viverone, where he spent some of the most beautiful years of childhood with his brother Giampaolo, who later became one of the most famous Italian criminal lawyers.
Returning to Turin, he attended the classical high school at the Social Institute of the Jesuit Fathers, where he distinguished himself as a very brilliant student.
He graduated in jurisprudence with Norberto Bobbio, of whom he was assistant, elaborating a thesis of philosophy of law on the concept of justice in Dostoevsky, which was very much appreciated and won numerous awards.
The love for Dostoevsky, which Beppi also read in the original language, remained a constant of his entire existence.

Having completed his military service in Casale, he returned to Turin where he left his university career, for an incompatibility with the most rigid and canonical formalties, accordingly to his intense and eccentric artistic character.
Having moved to Milan, he met Arrigo Polillo, director of the magazine Musica Jazz and director of the staff of Arnoldo Mondadori, who, appreciating his talent as a musician and recognizing his creative flair, wanted him as advertising and creative.

His first solo exhibition of engravings from this period, in 1967, was commissioned at the gallery L’ Arte Antica in Turin. These were recordings of great technical talent, closely related to the work of Beppi Zancan's ideal Maestro, Rembradt.

In 1971 he exhibited again at the L’ Arte Antica and at the Gabinetto delle Stampe in Milan and in 1974 at the Casinó in Sanremo.

In 1974 he became a professional journalist and in 1975 he was entrusted with the direction of the Mago, one of the most important Italian comic book magazines, on whose pages there were tables of young Italian novice authors as well as foreign strips, mainly humorous.

That same year he met Carlotta Frattini, who became his wife the following year.

Again in 1976, he ordered a new exhibition of engravings, again at the gallery L’ Arte Antica, while the first exhibition of paintings in Turin will take place only only in 1981, at the gallery Quaglino; here he exhibited his paintings, in which the imprint of the great impressionists, especially Van Gogh and Cezanne, emerged strong and evident. Beppi Zancan's brushstroke remains, however, personal and autonomous, while reflecting his admiration for those great ones.

In1982, after a brief period in Giorgio Mondadori, where he was editor-in-chief of the magazines Arte e Antiquariato, he joined the newspaper La Stampa; he was immediately entrusted with the management of the insert Tutto Dove.

In 1983 he exhibited at the Circolo degli Artisti.
Since 1987, he curated the section dedicated to art in Torino Sette, one of the most appreciated and followed inserts of the newspaper La Stampa.

In 1997, at the age of sixty, he decided to retire from his professional life to devote himself to his main passions, mainly engraving and painting, but also writing. It was precisely in these years that the novels La gatta Miomao and La balbuzie di Bobbio were published.

The works before the eighties reflect a markedly introspective research, in which the construction of the paintings is more stratified and where one encounters a greater depth of the pictorial planes; the later ones show a progressively transformed expressive way, more "drawn", more horizontal and more elementary though more "naturalistic" in comparison to the past.
Beppi Zancan's work, which is now the centre of careful study and revaluation, is the object of refined and careful collecting.

Beppi and his wife Carlotta 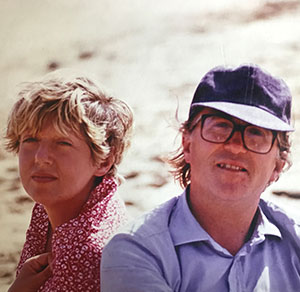 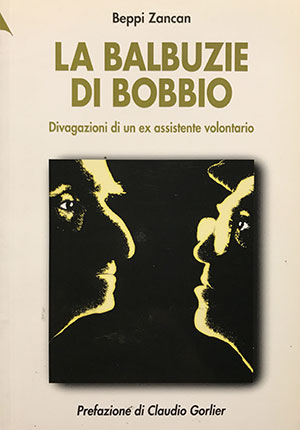